Aliens are good for business, and India too


Earth’s economy could really use a boost, and one too obvious space into which we humans might direct our endeavours is to exploit the till now neglected region of inter-galactic tourism. The influx of income that humans might generate from intergalactic visitation might prove to be substantial enough to set off who knows what kind of global economic renaissance. 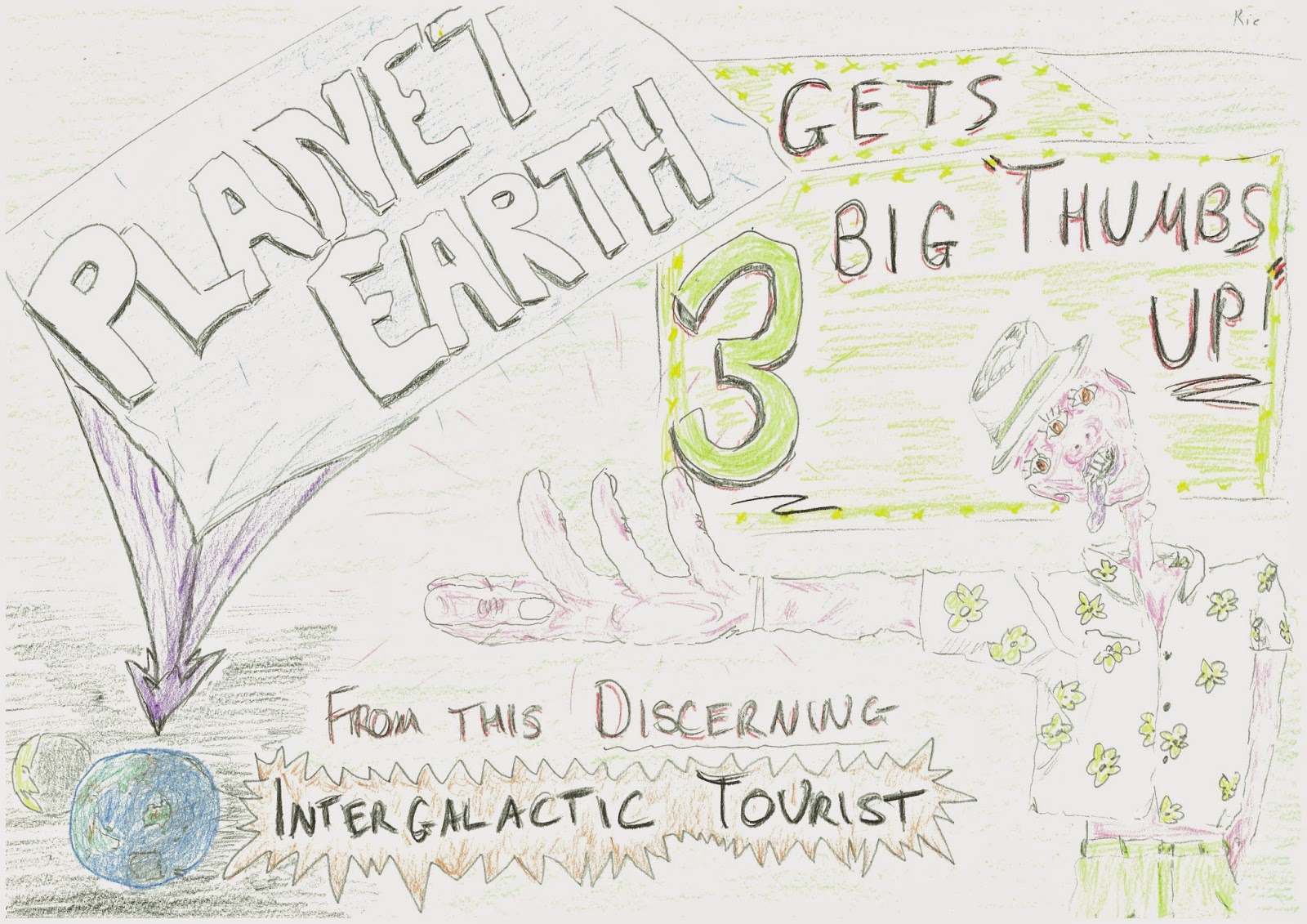 Compared with many other planets, the earth has a lot going for it in terms of its suitability for galactic tourism. Here are just a few reasons:
1.       All that water. The earth has massive amounts of free (ie. liquid) water, and I challenge you to name even one other planet that comes close. Water is fun, it’s interesting, and it’s open to all manner of lifeforms.
2.       The earth’s moon has a day exactly the same length as its year: it takes exactly the same length of time to rotate on its axis as it does to orbit the earth. As a consequence, the moon always shows exactly the same face to the earth.
3.       When viewed from the earth’s surface, the moon takes up exactly the same portion of the sky as the sun, even though the sun is hundreds of times further away. This charming co-incidence creates the spectacle of the ‘full solar eclipse’, when the moon passes between the earth and the sun, completely blocking all of the sun but its corona from earthly view.
4.       The earth still has many of its interesting lifeforms intact, including some tasty ones.

Consequently, I imagine intergalactic tourists arriving on earth to view a glorious sunset/full moon rise over the ocean, and then spend a couple of weeks lounging around the planet, looking at and trying stuff, and then culminating their visits to coincide with a full solar eclipse. I have yet to determine exactly how much the average visit might contribute to the local economy, but suspect it would be considerably more than the average backpacking holiday. 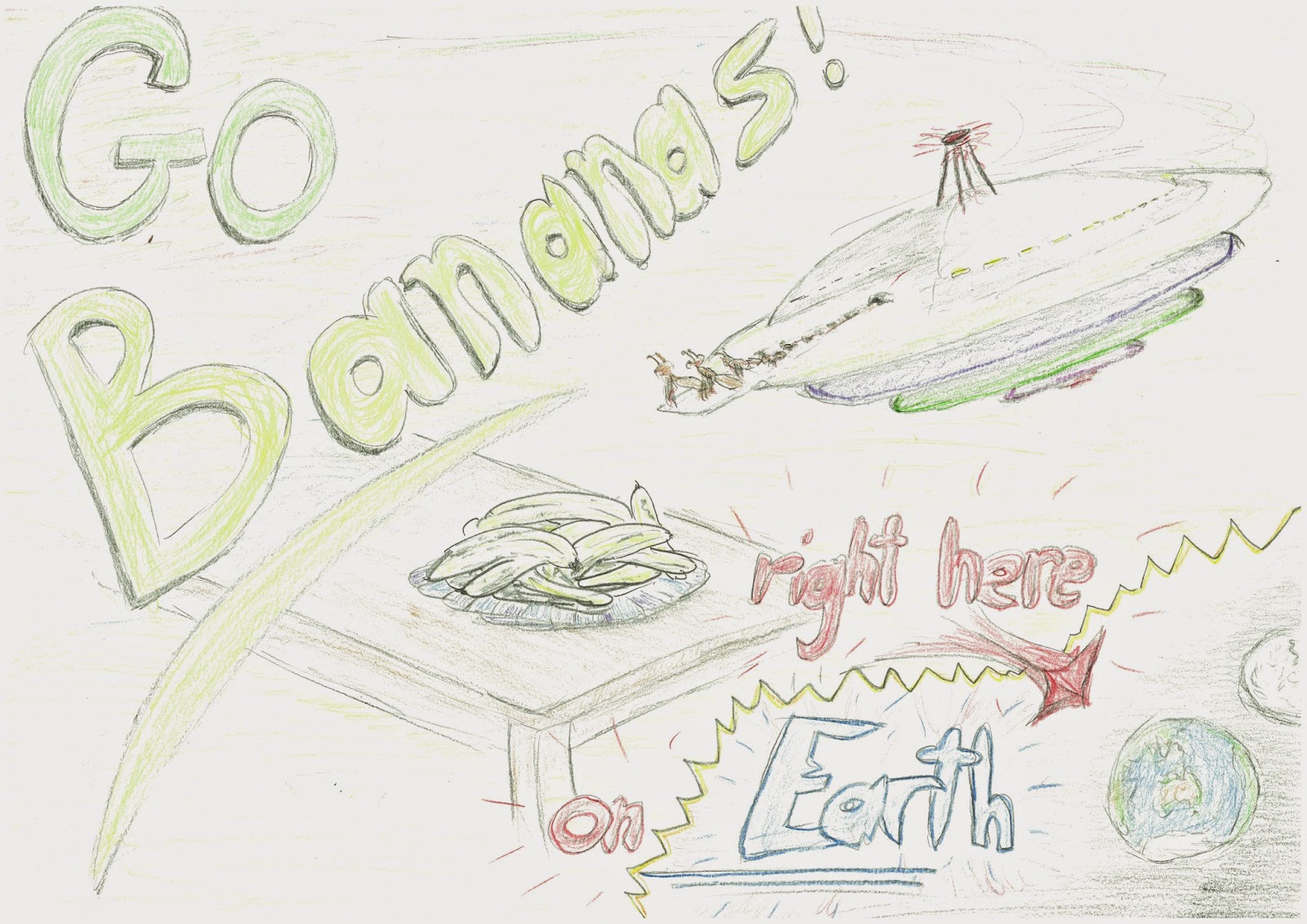 For reasons tightly linked to the primary education model prevalent at the end of the previous millennia, I became convinced that the best way to promote the earth as a locale for intergalactic tourism was with posters, much like the ones you see around the place, promoting bits of the planet rather than the whole thing. I’ve banged together a couple of prototypes which, with perhaps a bit of fine-tuning, might just do the trick. 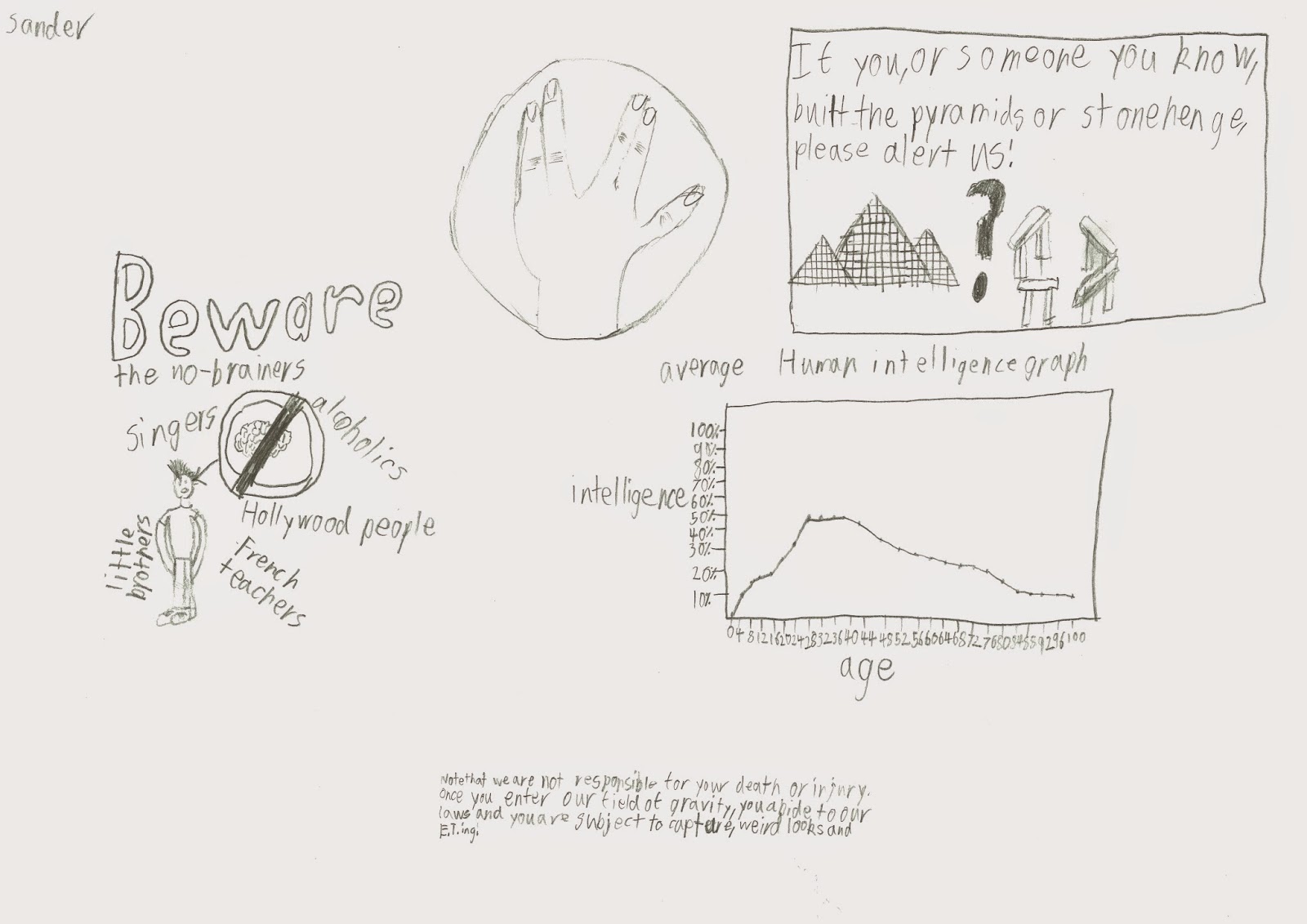 On the basis of this endeavour, and perhaps with a nod to MIB as well, Sander became convinced that the tourists would soon be beaming in, and with that conviction firmly grasped, prepared this poster, to be displayed (for public information purposes only) in the arrivals area for alighting aliens.

Posted by Aunt Escolástica at 11:37 PM