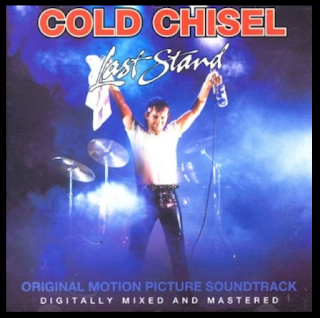 I didn’t have a ticket. None of us had a ticket. The concert was sold out. Somehow, this just seemed funny. We drove to the stadium. We parked. We laughed a lot, the four of us, Andy, Jamie, Dave, and me. Not that surprising, given how out of it we would have been.

We walked towards the stadium like everyone else. Then stopped when people started queuing to go in.

We needed a plan.

We came up with a plan. A cunning plan.

Jamie strode purposefully towards the VIP ticket office. The rest of us hung back, some distance away. He announced who he was to the woman in the office, and asked her for his tickets. She didn’t have any tickets for him. He was adamant there were tickets for him. There weren’t. He demanded to see the guest list, so he could show her where his name was (or wasn’t). She showed him. It wasn’t. He was humble, confused. He apologized for his behavior, turned and walked away. Back towards the rest of us.

He walked back to me, and said “Andrew Hearn, WEA Records”. Why was I the most presentable?

I walked to the ticket window and said: “Hi, I’m Andrew Hearn, WEA Records. There should be some tickets for me.”

There were …. Two tickets …. “Only two?” …. Only two. I looked a bit confused, said “Okay, thank you,” took the two tickets on offer, turned and walked away. Back to where the others were waiting.

Jamie and I had done our bit. Now it was up to Dave and Andy.

Dave and Andy took the tickets and went in.

Not five minutes later, Dave was back, with not just two, but a handful of tickets.

The ticket collectors (or at least those on one of the entrances) were not very organized, not at all. They were simply grabbing tickets off people and putting them in black plastic garbage bags. And occasionally, they missed. Dave was a little fella, and he got in under their feet and snatched any that went awry.

(A few years later, broke in a gay gay dark dark nightclub, I watched him scoot down the floor along the length of the bar, picking up dropped change. In one pass he picked up more than I earned in a day.)

Dave had in mind to sell a few tickets as well that night. But seems we were the only punters silly enough to arrive without an invite.

I can’t remember much of the actual concert – I remember Jimmy Barnes pouring the contents of his water (vodka?) bottle over fans bouncing up and down, and complaining about losing his voice. I can’t remember who the support act was, but I’ll bet it was the Radiators.

Posted by Aunt Escolástica at 8:34 AM